Well, the bad news is that a whole bunch of scientists are going to have a march on Washington … on Earth Day.

Here’s what I mean about clarity. If you ask anyone on the street what Donald Trump’s message was during the campaign, you get a variety of answers. Build the wall. Make America great again. Drain the swamp. Bring back the jobs. Different answers, but almost everybody can tell you something that Trump stood for.

Now, ask people what Hillary’s message was … crickets. The problem was she didn’t have a message. A few months after the election, and hardly anyone can remember what she stood for … nor do we have any idea what the scientist are marching for.

You see, Hillary proved that being AGAINST something is not sufficient. She tried to run as the “anti-Trump”, and managed to snatch defeat from the jaws of victory.

And now, the scientists are doing the same thing. They think that casting themselves as the anti-Trump scientists is sufficient, even when they are not at all clear about what they are against. It seems they are driven by their fears rather than by any event or actual danger.

Well, that’s not entirely true about them not being for anything. Here you go, here’s what passes for their message:

“Yes, this is a protest, but it’s not a political protest,” said Jonathan Berman, a postdoctoral fellow at the University of Texas Health Science Center at San Antonio and a lead organizer of the march. “The people making decisions are in Washington, and they are the people we are trying to reach with the message: You should listen to evidence.”

“Listen to evidence”? That’s it?

But setting the weak and uncertain nature of the “evidence” aside, that is the among the most pathetic slogans imaginable. Why?

Because every single person that I know who hears “You should listen to evidence!”, including myself, scientists and non-scientists alike, will say the same thing:

I AM LISTENING TO EVIDENCE, FOOL, DON’T INSULT ME!

And the “people making decisions in Washington” will all say the same.  Find me one person who thinks they are not listening to the evidence … you’ll look for a long time. All of us believe we can tell gold from fools gold.

I feel sorry for these folks. They are most likely good scientists in their fields, but they truly are out of their depth organizing either a march or a movement. A public march is only worth doing if you have a clear and compelling message. You need to show people a path from here to the desired future, offer real actions people can take, and urge people to take those actions.  But “You should listen to evidence”? Where does that go?

Not only that, but they are marching on Earth Day! Talk about the height of cluelessness. Do they really think that becoming just another part of the highly politically polarized and generally anti-human Earth Day circus is going to make them more visible, more viable, or more believable?

Do they truly think that hanging out with people who advocate “de-development” and forced population reduction and who think that humans are a “plague on the earth” will burnish their scientific credentials?

On Earth Day the scientists will be in the middle of the usual pseudo-scientific parade of “iridologists”, and “reflexologists”, and folks who think turning out their lights for an hour shows they are virtuous, and homeopathic snake oil salesmen, and people against some war somewhere … on what planet is this possibly of any benefit to science? Whose brilliant scheme is this? Find that person and fire them immediately. 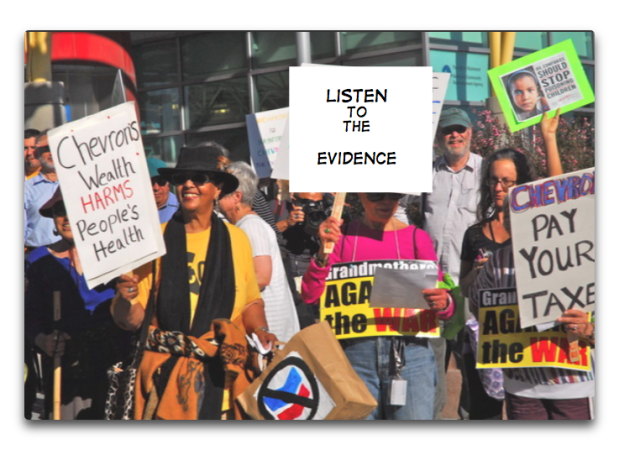 All that having the march on Earth Day will do is dilute and distract from the scientist’s message … not that that will make much difference given the pathetic message. But again, whose bright idea is this? You want to march on a day when nothing is going on, when every camera in town is focused on you alone.

Finally, these folks don’t seem to understand the position of scientists in society these days. Wearing a lab coat doesn’t mean what it used to mean. Today, I laughed to see that Bill Nye the Science Guy’s lab coat was a prop in a SuperBowl ad for Tide detergent. Oh, they got Bill’s lab coat whiter than white … but they couldn’t clean up his reputation, or that of science. Remember what Ioannidis found out: these days, most peer-reviewed results are false. And don’t think that people haven’t noticed. We’ve seen too many “evidence-based” predictions of impending doom from eminent scientists, predictions that have all crashed and burned. No atolls sunk in the ocean. No 50 million climate refugees by 2010. No “population bomb” exploding. No food riots in the streets.

In the US in 2017, for a large segment of the populace, too many scientists are just stuck up elites in lab coats who want to lecture us on how we should live.

For those people, scientists are right up there with Hollywood dilettantes like Leonardo DeCaprio, taking a helicopter from his mega-yacht in the Mediterranean to the airport, where he boards a private jet to New York to tell us all how we’re eco-criminals for burning too much fossil fuel. And just like the scientists, DeCaprio keeps telling us we should “listen to the evidence” … riiiight, we’ll get on that straightaway …

And now, for that same segment of the electorate, guess what they see happening. The scientists are having a hissy-fit because people are no longer listening to their terrifying lectures about the horrible dangers of, well, everything—margarine will kill us this week, but next week butter will kill us and margarine is OK, this week diesel cars will save Europe, next week diesel cars are choking it with pollution  … and as a result, more and more people are like “Talk to the hand, the head’s not listening!”.

And in a stunning move that couldn’t possibly go wrong, the elite scientists have decided to strike out against the Trumpian Oppression Of Noble Scientists and march around Washington in their lab coats and lecture us some more …

Really? That’s their plan? We’re gonna bow to the irresistible force of the lab coat?

And here’s the best part. This is the message of the lecture from the scientific elite—we plebes, as well as the “people making decisions in Washington”, are either not smart enough to recognize evidence when we see it, or we are deliberately ignoring evidence.

Yeah, that’ll fetch ’em all right, tell us we’re stupid! That will convince us to change our evil ways … after all, insulting your opposition worked so well for Hillary …

So I implore all scientists, please don’t add your names to this foolish attempt. Don’t go on this march around Washington to lecture us on why we’re wrong. It will just piss people off and further damage the reputation of science and scientists. We’re lectured out, you’ve cried “wolf” too many times. Stay home and enjoy the day.

Four AM on a rainy morning … yeah, I am a night owl … all the good things of life to you all.

PLEASE, if you are commenting, QUOTE THE EXACT WORDS YOU ARE DISCUSSING so we can all understand your subject.