While the Prestidigitator-In-Chief was holding an hour and seventeen minute press conference that has the media hypnotized, the Department of Homeland Security (DHS) released a Memorandum entitled

Enforcement of the Immigration Laws to Serve the National Interest

It’s a fascinating document which lays out how the agencies are to deal with illegal aliens. Yes, I know it’s not PC to call them that, because people can’t be illegal, only acts can be illegal. But they are no more “undocumented immigrants” than a criminal squatter is an “undocumented leaseholder”. In addition, “illegal aliens” is what the Memorandum calls them, and I refuse to call them by Obama’s preferred term, “undocumented Democrats”.

So … what great changes are in store for illegal aliens? Well … as President Trump promised on the campaign trail, the news is that for a change the US is going to enforce existing law.

Now of course, the first step in that is to get rid of all the changes that Obama made to the enforcement of the laws. Or as the memorandum opens by saying (emphasis mine):

So that gets rid of the old with the exception of DACA, the “Dreamers Act”.

Then to remind DHS employees of what the law says, the Memorandum goes on to discuss the enforcement priorities (again, emphasis mine):

The Department no longer will exempt classes or categories of removable aliens from potential enforcement. In faithfully executing the immigration laws, Department personnel should take enforcement actions in accordance with applicable law. In order to achieve this goal, as noted below, I have directed ICE [Immigration and Customs Enforcement] to hire 10,000 officers and agents expeditiously. and to take enforcement actions consistent with available resources.

However. in order to maximize the benefit to public safety. to stem unlawful migration and to prevent fraud and misrepresentation, Department personnel should prioritize for removal those aliens described by Congress in Sections 212(a)(2), (a)(3). and (a)(6)(C). 235(b) and (c). and 237(a)(2) and (4) of the Immigration and Nationality Act (INA). Additionally. regardless of the basis of removability, Department personnel should prioritize removable aliens who:

(1) have been convicted of any criminal offense:
(2) have been charged with any criminal offense that has not been resolved;
(3) have committed acts which constitute a chargeable criminal offense:
(4) have engaged in fraud or willful misrepresentation in connection with any official manner before a governmental agency:
(5) have abused any program related to receipt of public benefits:
(6) are subject to a final order of removal but have not complied with their legal obligation to depart the United States; or
(7) in the judgment of an immigration officer. otherwise pose a risk to public safety or national security 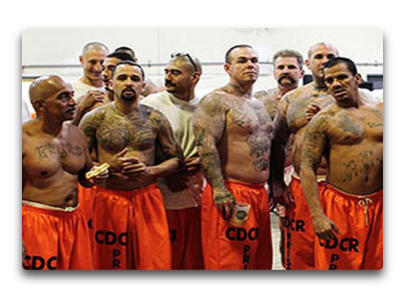 Once again the enforcement priorities are clear. The ICE agents will enforce the existing laws, with priority for criminals. The cited sections of the INA are all for serious crimes—sex crimes, multiple convictions, gang involvement, aggravated felonies … you get the picture.

So that’s the hot news on the immigration front—we’re going to actually enforce the laws on the books about the deportation of aliens who are here illegally and who have a criminal record as specified above.

Are there other changes? Yes, it’s a long document plus there’s a second Memorandum. One change expands the time during which an illegal alien is subject to “immediate deportation” from 14 days to two years. This is important because otherwise, if an illegal alien can just stay hidden from the authorities for a mere two weeks, they cannot be deported without all kinds of procedures and paperwork.

Next, you can now be considered for deportation if you have been charged with a crime, or committed a “chargeable criminal offense”. It remains to be seen how this will be interpreted. Seems like it could result in a criminal being deported rather than tried … not sure if that’s a good idea or a bad idea. In any case, I have no problem with erring on the side of caution in the deportation of illegal aliens. I’m sorry, but at the end of the day they are here ILLEGALLY, so I will not weep of someone who is both here illegally AND charged with grand theft gets deported.

Plus a curious change … all agencies are directed to provide an accounting of any and all direct and indirect aid (except intelligence) that they gave to Mexico in the last five years. My guess is that it has to do with paying for the Wall …

Finally, an interesting redirection of funds. The Memorandum calls for the creation a new office called the Victims of Immigrant Crime Engagement (VOICE) office. It is to provide victims or their families with information on what has happened to the criminals—arrested, or jailed, or deported, or released, the data is to be given to the victims of the crimes that alien committed.

Gotta say … there is a certain justice in that change.

Now sadly, in 2017 the idea that the US should actually enforce the laws on our books is heresy to a sizable chunk of the populace, so we can expect all kinds of pearl-clutching by our “betters” on behalf of the poor criminals … appears that it’s a shocking outrage these days to enforce our own laws. So expect tons of breathless media claims that this is the end of civilization as we know it …

Finally, please don’t accuse me of lack of compassion for the families of alien criminals, families that are divided by the actions of those criminals. Those families will just have to get in line, because every time an American criminal goes to jail, a family is divided too. Because that’s what crime does—it divides families.

And so, while I feel compassion for both families, especially if there are children involved, as we used to say when I was on the gray side of the law, if you can’t do the time, don’t do the crime … valuable advice for would-be lawbreakers.

It is really quite simple. If you don’t want your family to be broken apart because of lawbreaking and criminal activity, DON’T COME TO AMERICA ILLEGALLY!

Best to all of you, legal and illegal alike …

Please, if you comment QUOTE THE EXACT WORDS YOU ARE DISCUSSING, so we can all be clear what you are referring to.

21 thoughts on “Cue The Outrage! The Administration Plans To Enforce Existing Laws!”